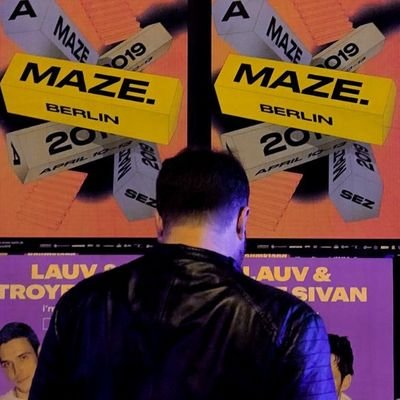 Hello! I'm David, software and game developer with more than ten years of working experience. Currently I combine my day job as a software developer in a company that develops video management systems, with my passion for making games. Here you can find links to my differents profiles and also a tiny sample of some of my work. Please, come in, take a look and if you find something you like, don't hesitate to contact me.

The Fall of Lazarus

The Fall of Lazarus was my first commercial game developed during my time at No Wand Studios. I took the roles of technical director, producer and programmer. As a producer I was in charge of manage the team and take care of all the development cost and planification. As a programmer, during the first version I worked as UI programmer and also I took care of all the engine related issues. For the second version I worked in almost every piece of the game, from gameplay, to lighting or optimization. 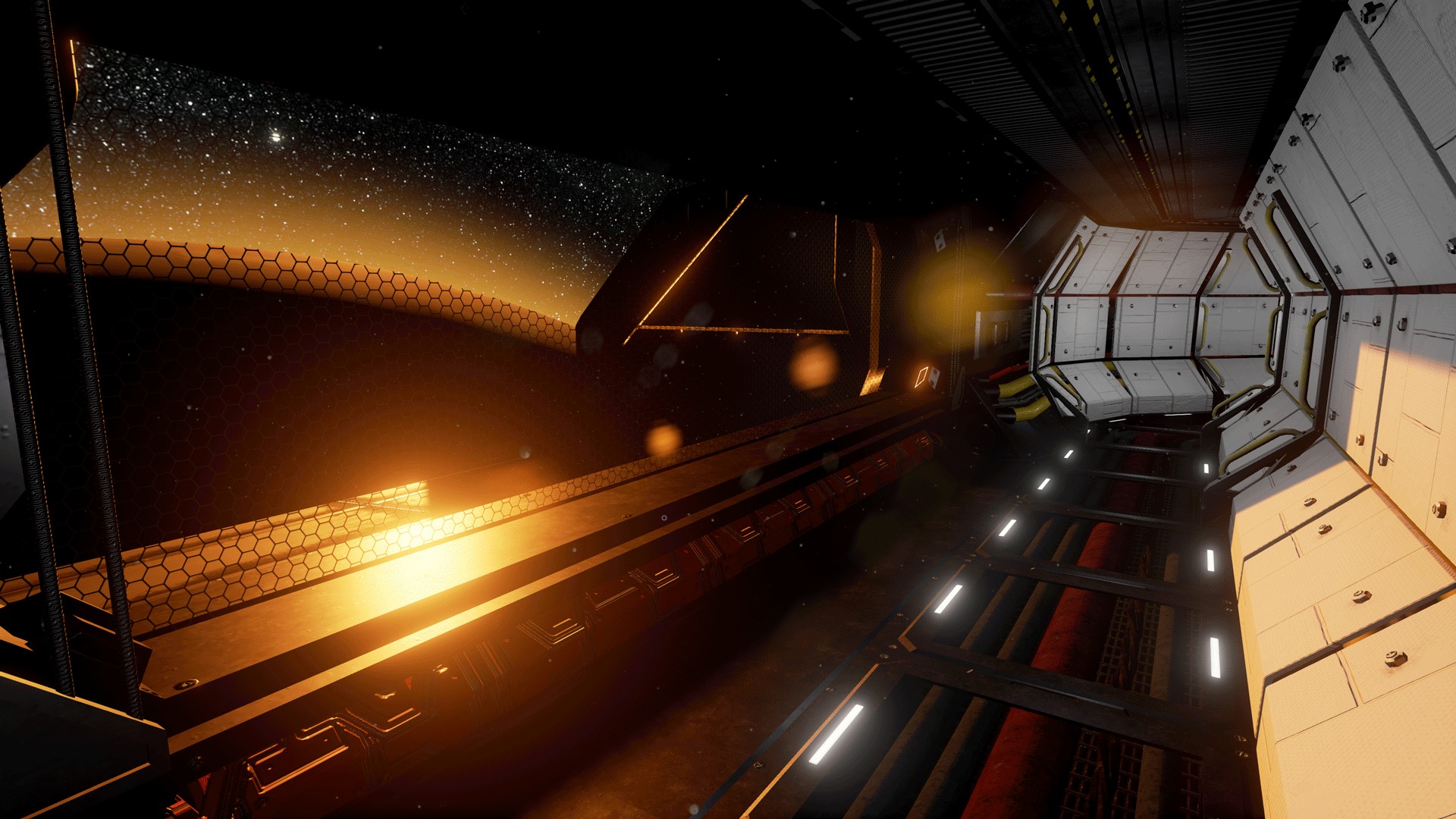 Time Heals (Almost) Everything is a prototype developed by Johnny and me. It's the project we're currently working on. The game combines a 2D resource and time management level with a 3D city parkour level. 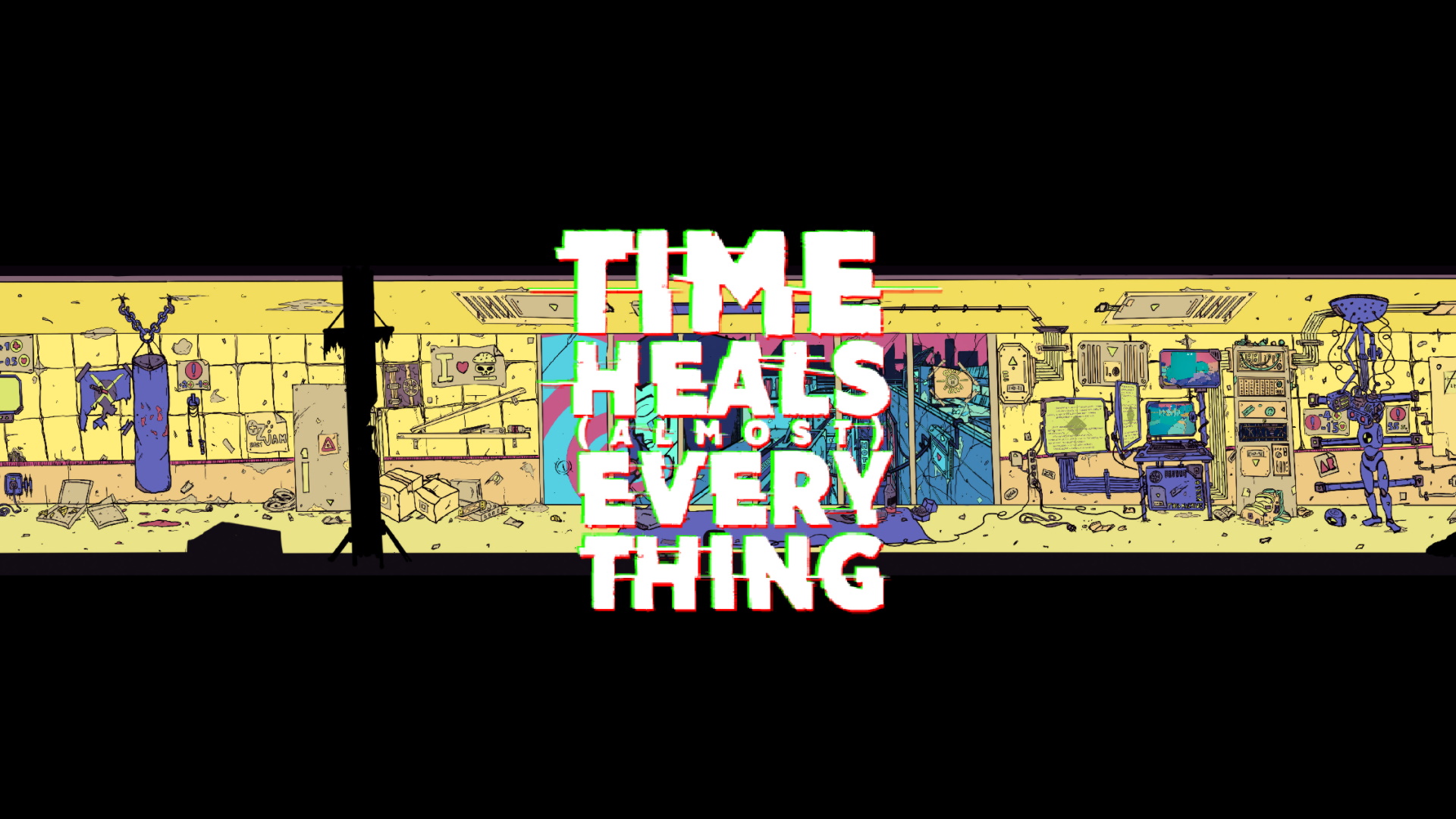 No Wand Studios was the company I founded along with Johnny and other people. During this time I made a lot of differents taks and projects, from games likes the ones you can see on this pages to serious games using the old Oculus DevKit. I also took care of the accounting and bureaucracy of the company. The company was not a success but the skills I developed during the time I was managing the company are priceless. 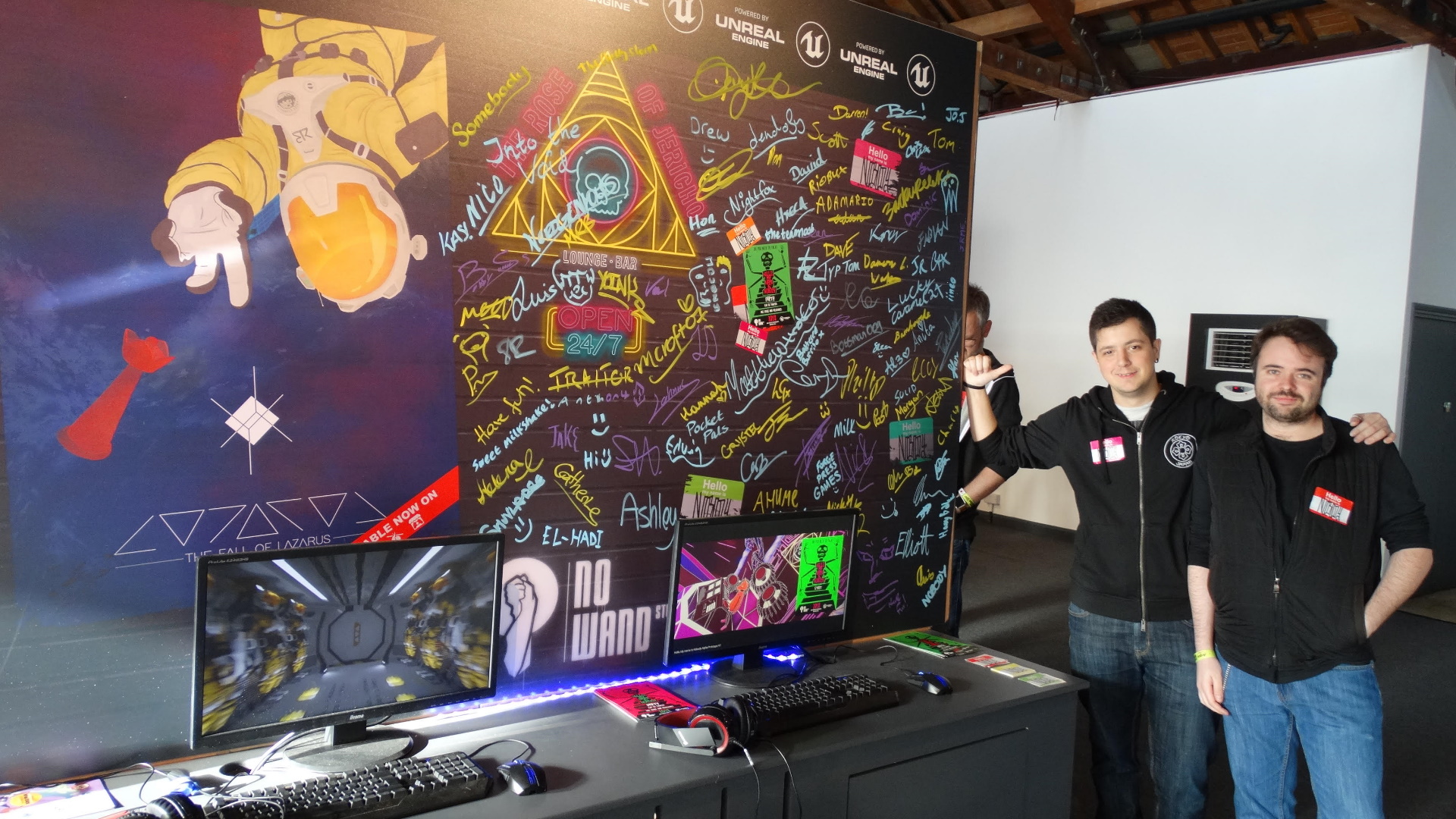 This is not another postmortem & Cave Mode

The Fall of Lazarus wasn't a comercial success, quite the contrary. Some time after launch, Johnny told me that he wanted to write a report telling all about the development of The Fall of Lazarus and our company (yes, everything, including the most difficult parts). The postmortem made a lot of noise in the Spanish developer community. It was published in GameReport(Spanish) and Gamedeveloper/Gamasutra(English). Later on, one of the readers filmed a documentary telling the very same story and that's Cave Mode. 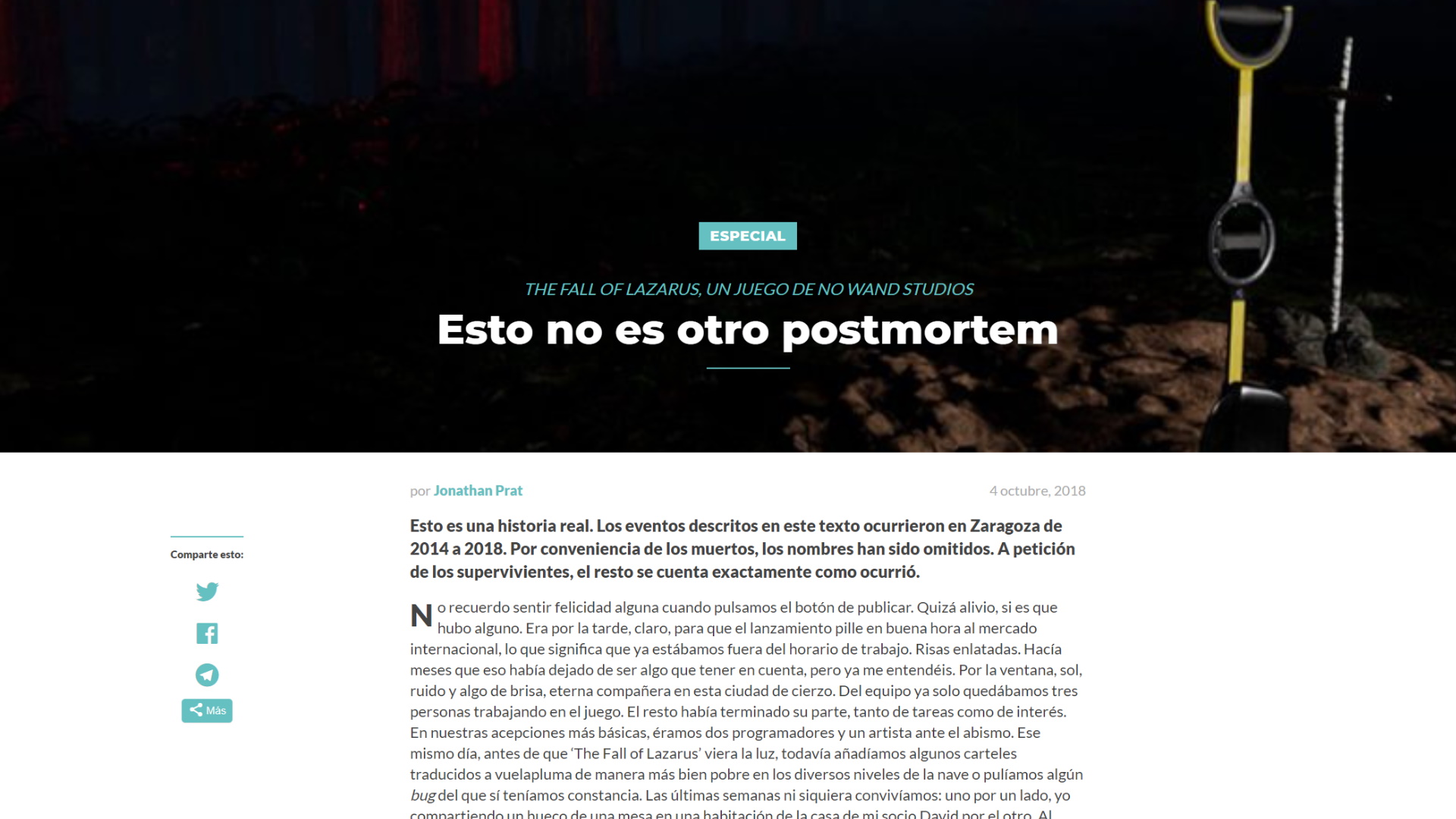 Despite everything, we are still making games.

After closing No Wand Studios, we still want to develop games, so we started The Brodevhood as a new brand. Nowadays, it's not a company but it could be some day, who knows, right?. 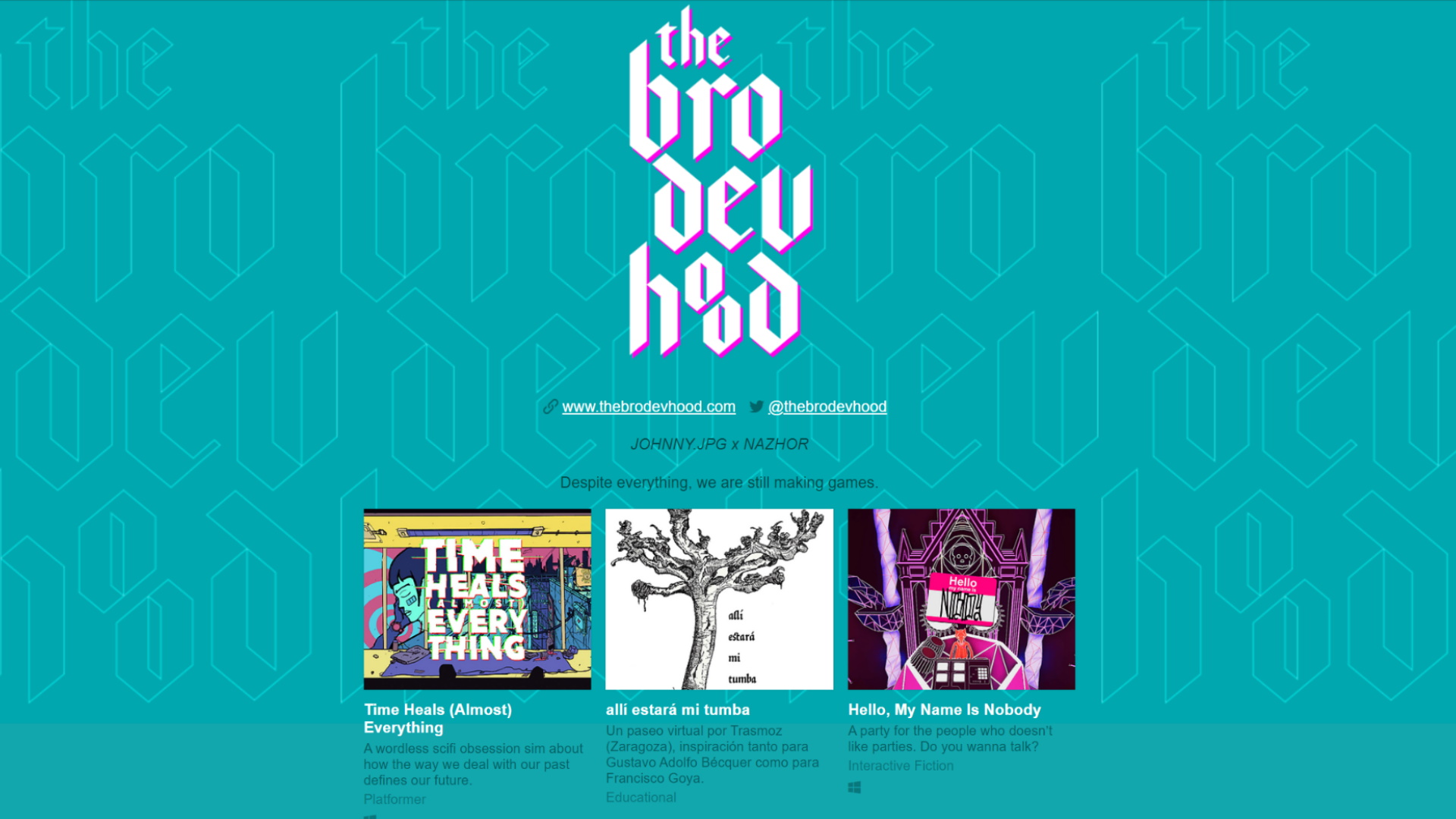 Hello, My Name Is Nobody

The game main feature is the dialogue system in which we tried to recreate a fluent and organic conversation. This prototype was developed only by me and my partner so every technical aspect of the same is my work. Aside from all the work I did in Unreal Engine I also have to developed a little side-tool for the dialogue system. This prototype also run smoothly on a Nintendo Switch DevKit. 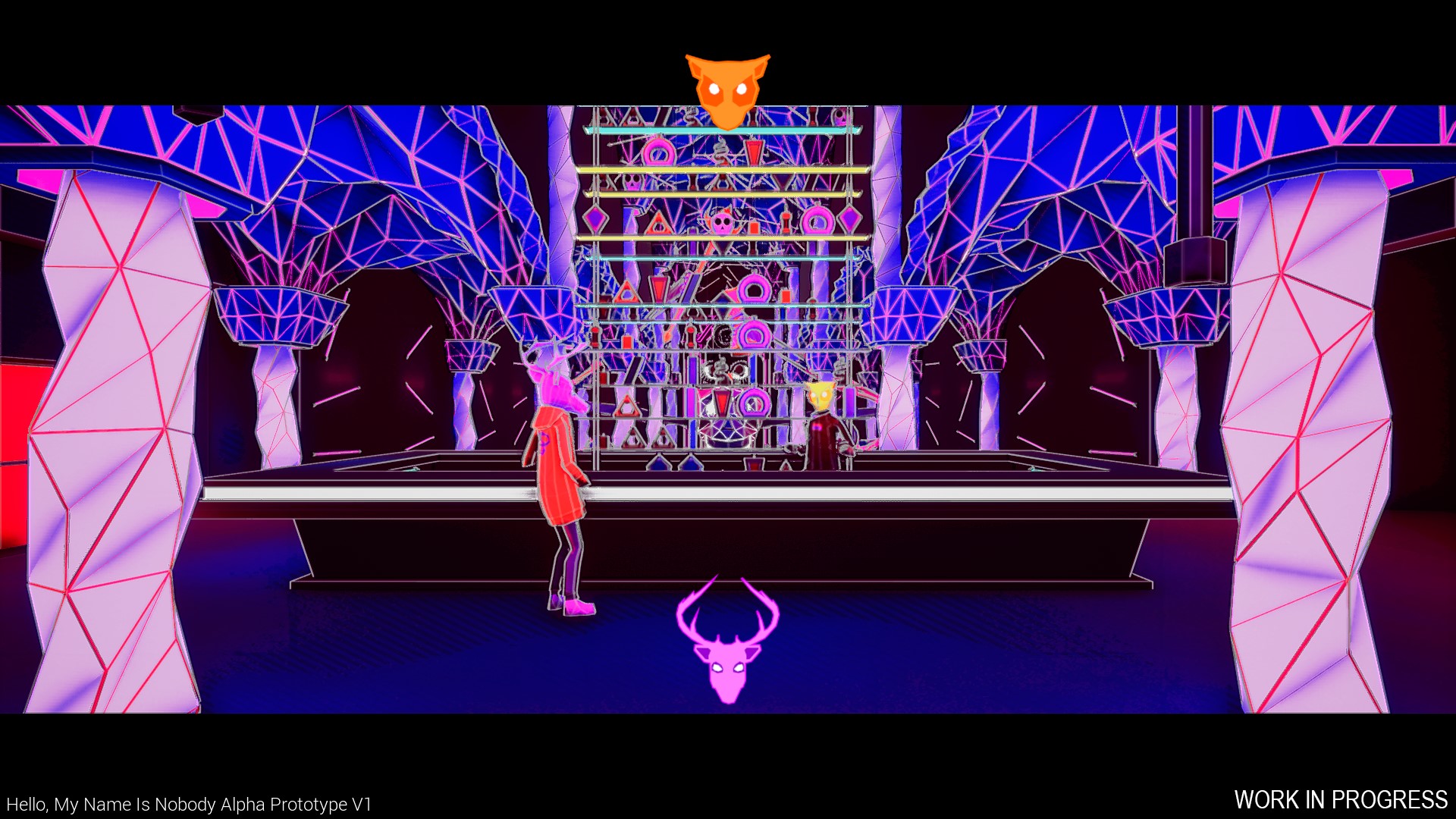 This project include this website and Johnny Prat's personal portfolio. I design and code the website you are currently browser and I code the one's from Johnny Prat following his design. The websites were developed using Hugo framework and other web libraries and techs like jquery and pure.css... 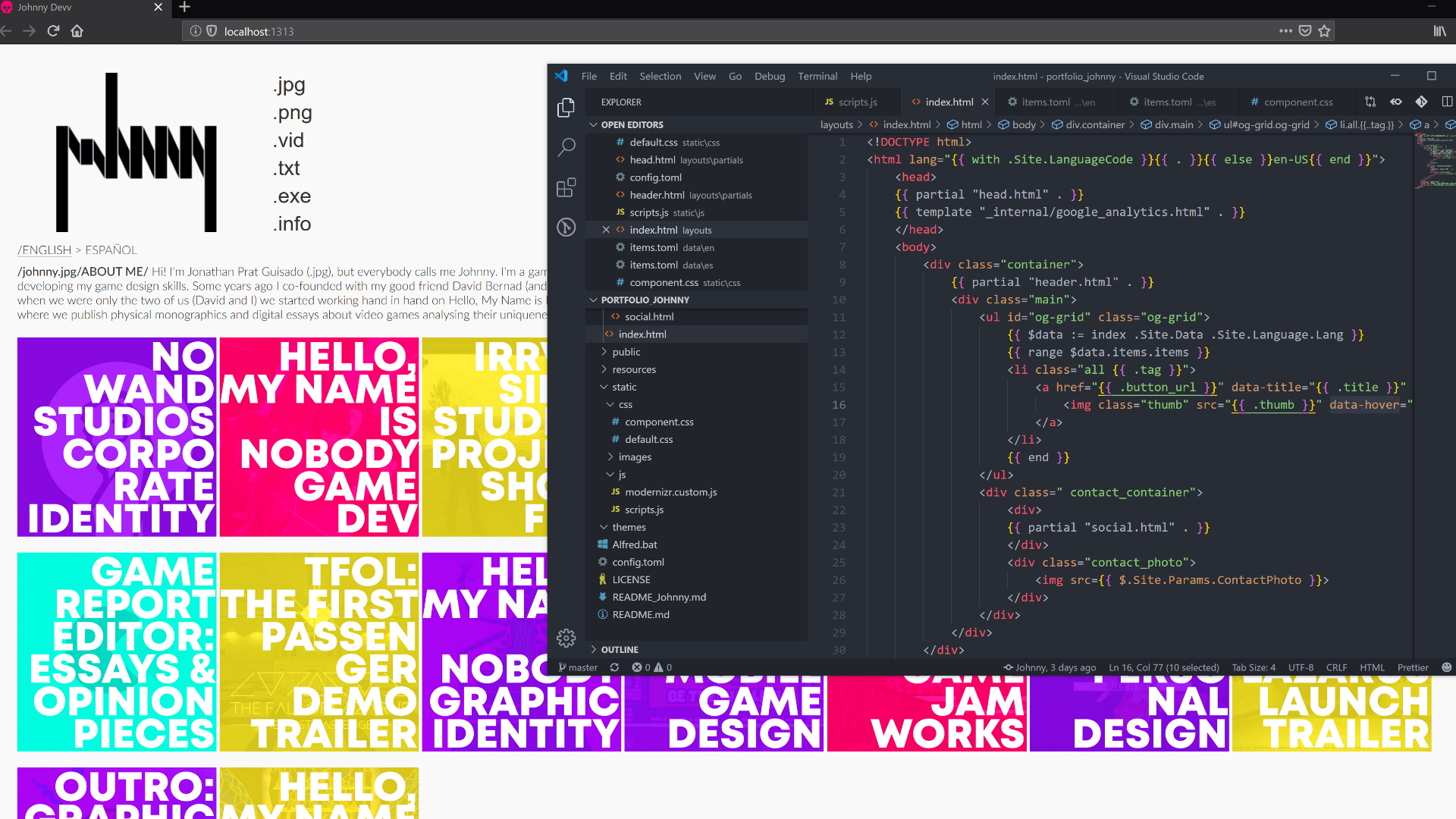 In order to develop the dialogue system for Hello, My Name Is Nobody we used Chatmapper as a base program, but when we had to carry the data to Unreal I had to develop an tool which aside to export the data to CSV did some validations in order to check that the dialogue was correct (for example, checking that every dialogue node has a destiny node). 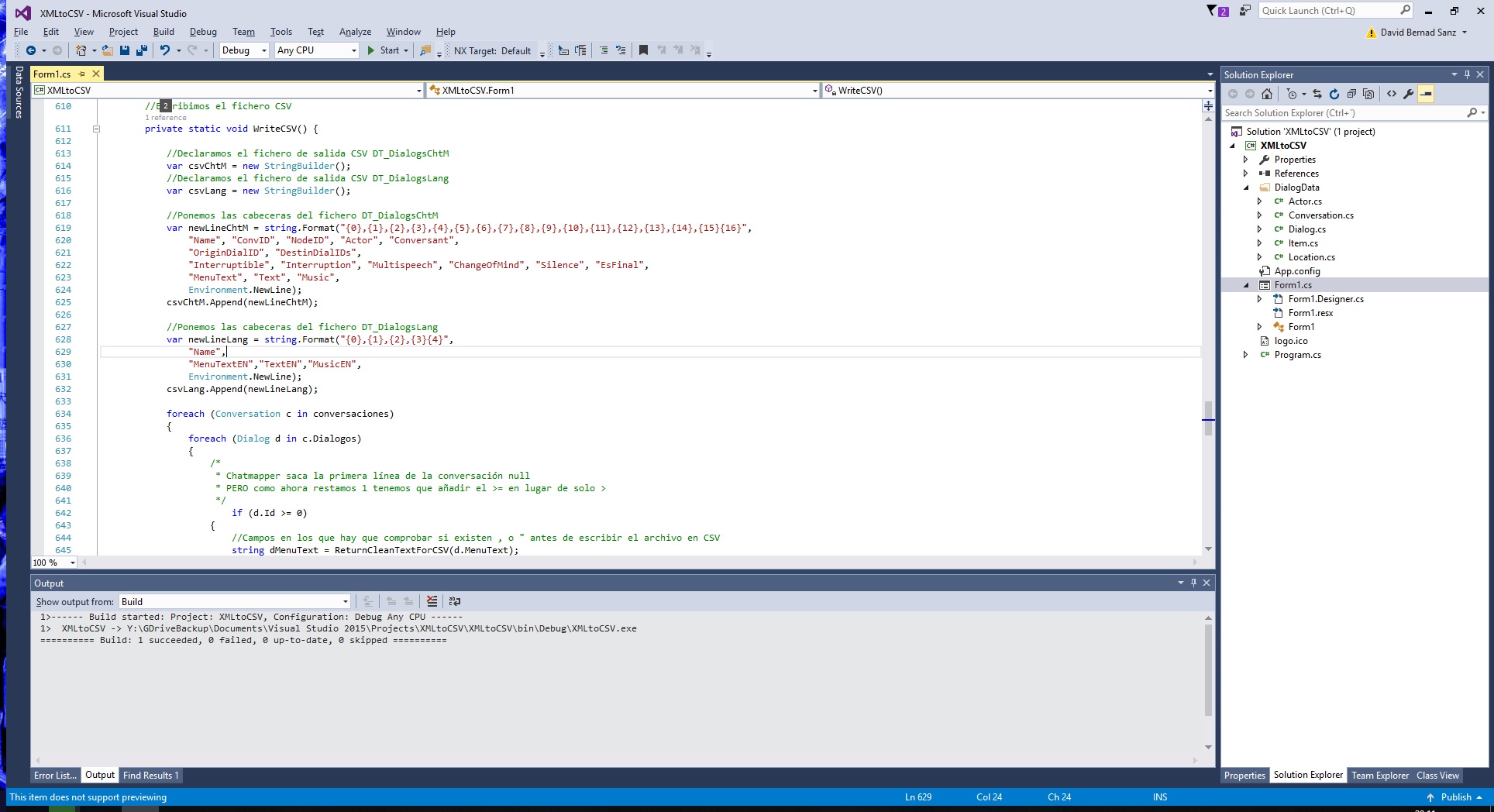 Gjallarhorn has his origin in a game jam. I took care of making the versions of the game for Android, iOs and Windows Universal platform with the integration of the APIs for every platform. I was also in charge of making the online leaderboard. 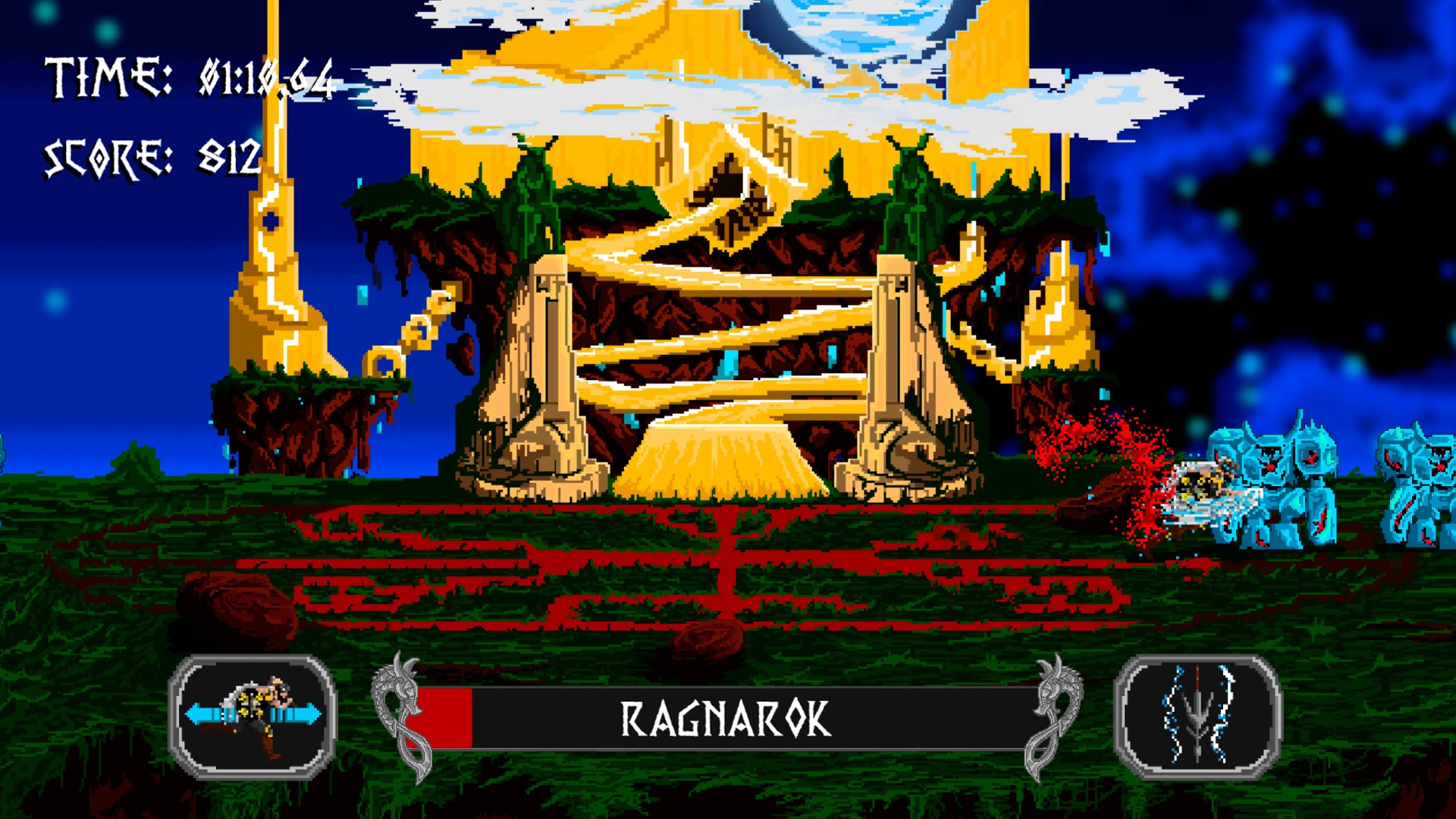 The Wallet Games was a small mobile game we developed as some type of joke about the steam sales. Aside from my team managing role, I made all the APIs integration and ports for Android and iOS.